Launch of new ministry of the Chicago Metropolis to help Greek Orthodox high school graduates’ transition to college; cultivate the next generation of faithful

LOMBARD, IL, February 4, 2021 – The Greek Orthodox Metropolis of Chicago announced today the launch of a new ministry for high school graduates called Lighthouse. Lighthouse aims to prepare campers for the social, emotional, practical, and spiritual challenges they will encounter in the college experience and beyond. 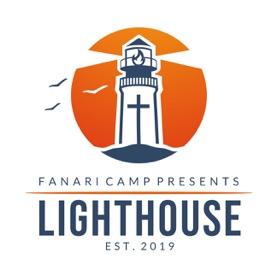 Named “Lighthouse,” the ministry was developed through the Metropolis’ Office of Youth & Young Adult Ministries (Y2AM Chicago) and is intended to be the natural next step for campers who attended both St. Mary’s Orthodox Camp and Fanari Camp. The ministry was created to address and respond to the troubling reality that approximately 60 percent of youth are leaving Christianity (including the Orthodox Church) in America today.

Specifically, Lighthouse will organize, promote, and execute an annual camp staffed with clergy and laity trained to proactively engage the age group and foster an authentic sense of community among campers as Orthodox Christians. The first Lighthouse camp will run from June 26 – July 3 at Marquette University, following all of the necessary COVID-19 protocols and best practices of the CDC, the State of Wisconsin, the State of Illinois, the Chicago Metropolis, and the American Camp Association, ensuring safety for all campers.

“As the Light of the world, it is Christ who shines within us,” said His Eminence Metropolitan Nathanael. “Through Lighthouse, our emerging adults will learn how to kindle that same Light as they enter the rough waters of adulthood."

Lighthouse’s inaugural session has been generously supported by the Hellenic Foundation, without which support, this session would not have been possible. Registration for Lighthouse will open at noon on Wednesday, February 17, 2021 at www.chicago.goarch.org/lighthouse. For questions and more information, please email Y2AM Chicago at [email protected]. Please follow Lighthouse on Instagram and Facebook (@lighthousechicago).

About the Greek Orthodox Metropolis of Chicago

Tracing its roots back to 1923, the Greek Orthodox Metropolis of Chicago is the diocese of Greek Orthodox faithful in Illinois, Iowa, Minnesota, Wisconsin as well as northern Indiana and southeastern Missouri consisting of 58 parishes and two monastic communities. The Metropolis is one of nine regions in the Greek Orthodox Archdiocese of America and is presided over by His Eminence Metropolitan Nathanael. The general offices of the Metropolis are temporarily located in Elk Grove Village, Illinois. For more information, visit www.chicago.goarch.org. To sign up for news from the Metropolis, visit: www.chicago.goarch.org/signup.