LOMBARD, IL, March 12, 2021 – The Greek Orthodox Metropolis of Chicago announced today an invitation for the faithful to tune into a new initiative: the Fanari Lenten Retreat. This retreat will engage over 200 middle and high schoolers fromthroughout the Metropolis, many of whom are active campers of St. Mary’s and Fanari Camps and others who are experiencing Chicago Metropolis camping ministries for the first time. 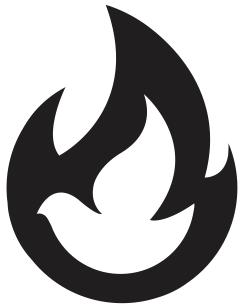 The Fanari Lenten Retreat was developed by the Metropolis’ Fanari Camp Leadership Team. It will take place at six locations in five states of the Metropolis, engaging campers both locally and regionally. This effort was developed in response to the lack of in-person engagement amid the COVID-19 pandemic.

Themed, “Call on Me”, the Fanari Lenten Retreat will discuss the importance of friendships – both having and being a good friend – and how our relationship with Christ has the same elements as a strong friendship. Participants will participate locally in activities, discussions, and Orthodox Life sessions all connected to the theme. Participants will also participate collectively in a virtual song night, with participants from every location coming together to sing our traditional camp songs.

“With His disciples, Christ often emphasized the importance of friendship,” said His Eminence Metropolitan Nathanael. “Through our Fanari Lenten Retreat, our young people will experience and discuss the importance of those same Christ-centered relationships in their own lives."

While registration is now closed for the Fanari Lenten Retreat, with maximum capacities reached at each location, the Metropolis is inviting the faithful to visit our YouTube Channel this Saturday, March 13, at 6:45pm to view our virtual song night. For more information about the Fanari Lenten Retreat and future ministries of Fanari Camp, please contact: [email protected].

About the Greek Orthodox Metropolis of Chicago